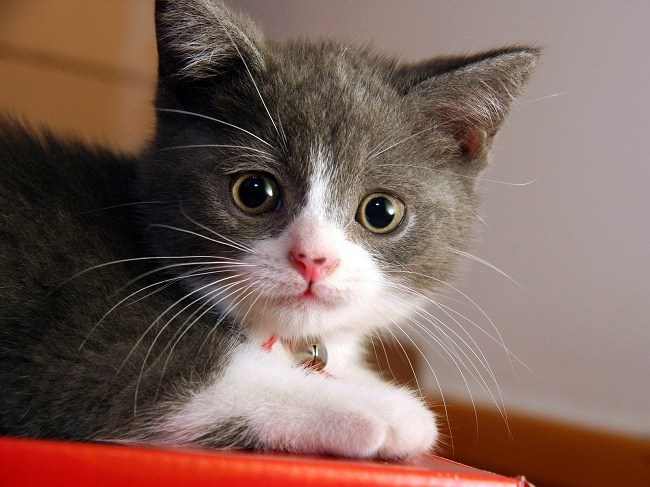 I live in a small house. It has five rooms: there are two bedrooms, a living room, a bathroom, and a kitchen. Indeed it is a small house; but I like living in here for wasting my spare time.

When the door is open, I can see the living room. It is so small with only three chairs and a table, nothing else. I prefer reading a novel in this room.

My bedroom is in the left side of the living room. In this room there is a night table next to the bed, a TV, a radio, and a computer. When being bored of reading, I usually play online games, chat with my friends via Facebook and so on.

Next to my bedroom is my mother’s. I do not know what is inside because I never come in to see it. In the right side of the living room there is the kitchen. In the kitchen I have everything I need when I get hungry. It is very pleasure when my mother cooks, the smell fills my whole house.

I know it is a very small house; but it is the best place I have ever seen.

My family has four members: those are I, my sister, and parents of course.

My mother is 47 years old. Her name’s Anisa. She’s thin-faced and she’s got long, blond hair and beautiful green eyes. She is still slim because she always tries to stay in shape. She is very good-looking, always well-dressed and elegant.

My father, Lukman, is 5 years older than my mother. He is 52. In spite of his age he’s still black-haired, with several grey hairs. He has bright blue eyes. He is quite tall, but a bit shorter than me. He’s very hard-working. Besides that he is working in a travel company. He can even make a dinner when my mother is outside. His cooking and his meals are always very tasty as well as my mothers’.

Finally, my sister Nadina. She is 22. She is also red-haired and green-eyed. She has long wavy hair and freckles. She is definitely shorter than me. She is rather introverted. But she is very sensible, smart and co-operative. Right now she is studying English and also knows Arabic and Mandarin. I want to be so smart as she is.

They all, except me, speak Sundanese very well, because we were living in Bandung for 5 years. My sister have been going to primary school there. Unfortunately I was only 3 when we were leaving to Jakarta, so I can’t speak Sundanese. Now we are happily living in Jakarta.

My Sphynx cat is the only pet I have. He has a little hair but is not totally hairless as he has a peach fuzz over much of his body. His coat is often a warm chamois. My Sphynx has a normal cat proportion.
I like his tail although my mom say that it is like a rats tail. I love his usual color varieties including, tortoiseshell, chocolate, black, blue, lilac, chocolate etc. He is really an amazing cat. Believe it or not, he is very intelligent cat. He can respond my voice commands.

He is really funny as well as my friends get a joke. I love him so much as I love my mother.

My mother is a beautiful person. She is not tall but not short, and she has curly hair and brown. Her eyes color are like honey and her color skin color light brown, and she has a beautiful smile. Her weight likes 120 lbs.

She is a very kind person. She is very lovely, friendly, patient, and she loves to help people. I love my mom, because she is a good example to me. She loves being in the Church, and she loves sing and dance too.

She is a very good child, wife and mother. She always takes care of her family. She likes her house to be clean and organized. She a very organized person, and all things in the house are in the right place. She doesn’t like messes.

Yuta is one of the 150 International students at the ELC of Brigham Young University. He is from Japan. He grew up in Japan, and he is 19 years old. There are six people in his family, a father, a mother, three sisters and himself. He is the youngest in his family. He is also the only boy in his family, but now he is in Provo, Utah, studying English. Yuta likes the United States very much and he thinks everything is cheap. Yuta thinks his English classes are excellent and the teachers are professionals. Yuta thinks someone in his class is noisy so he doesn’t like that. In his free time he spends too much time sleeping, so it seems that he has a sleeping sickness.

(Identification)
Borobudur is a Buddhist temple. It was built in the ninth century under Sailendra dynasty of ancient Mataram kingdom. Borobudur is located in Magelang, Central Java, Indonesia.

(Description)
Borobudur is well-known all over the world. Its construction is influenced by the Gupta architecture of India. The temple is constructed on a hill 46 meter high and consists of eight steps like stone terrace. The first five terraces are square and surrounded by walls adorned with Buddhist sculpture in bas-relief. The upper three are circular. Each of them is with a circle of bell shape-stupa. The entire upper structure is crowned by a large stupa at the center of the top circle. The way to the summit extends through some 4.8 km of passage and stairways.

The design of Borobudur symbolizes the conception of universe in Buddhist cosmology. It is believed that the universe is divided into three spiritual spheres, kamadhatu, rupadhatu, and arupadhatu. The first sphere, kamadhatu, represents respectively the sphere of desires where we are bound to our desires; the second sphere, rupadhatu, represents forms where we abandon our desires but are still bound to name and form; and the last sphere, arupadhatu, represents formlessness where there is no longer either name or form. Borobudur temple which is rededicated as an Indonesian monument in 1983 is a valuable treasure for Indonesian people. With its magnificent size and architecture, no wonder that Borobudur Temple includes 7 wonders of the world.

(Identification)
Have you ever watch the cartoon movie “Kung Fu Panda”? The panda in the movie is described as a fat animal, love-noodle eater, and Kung Fu master. But the Panda that will be described below is not the Panda who can do Kung Fu like in that movie. Here is the description about Panda.

(Description)
Pandas are bear-like animal which originally live in center and western part of China. Pandas have distinguish features that make them different other species of bear. Pandas have white thick fur which covers all of their body with black eyes patches, ears, nose, legs, shoulders, and arms. Those black marks make Pandas unique and different.

Like other species of bear, pandas have a big head, a short tail, rounded ears, and a long muzzle with a big nose. However, pandas’ diet is totally different with other species of bear; in which they prefer bamboos than others. 90% of pandas’ diet consists of bamboos. That is why pandas have adapted their body to help them in eating bamboos. Pandas have a big jaw with tough muscles and strong molars to crush bamboos so they can extract the nutrients they need.

(Identification)
Wakatobi is the name of an archipelago and regency in Sulawesi Tenggara, Indonesia. The name of Wakatobi is derived from the names of the main islands in the archipelago: Wangiwangi, Kaledupa, Tomea, and Binangko. Do you know what? It is the best diving sites ever.

(Description)
There are many reasons why I call Wakatobi as the best diving sites ever. First, the reefs in Wakatobi diving are unlike others in the region because of the dry climate and uplifted limestone. This means Wakatobi is an exceptionally clean environment due to the lack of soil erosion. Second, being a national park, fishing is strictly limited and the reefs of Wakatobi are protected. These superb reefs are supported and protected by the local fishing communities who obtain a fair share of the income generated by Wakatobi dive tourism in exchange for adopting more sustainable practices, such as leaving large stretches of reef completely untouched. Third, Wakatobi is located at the world’s coral reef triangle center with its 942 fish species and 750 coral reef species from a total of 850 world’s collection comparing to the two world’s famous diving center of the Caribbean Sea that owes only 50 species and other 300 species in the red sea.

Lembah Pelangi Waterfall sounds unfamiliar for either local or foreign tourists. Lembah Pelangi Waterfall is located in Sukamaju village, Ulubelu sub district, Tanggamus district, Lampung province, Indonesia. The access to this place is quite difficult because Ulu Belu sub district is a remote area in Lampung with its hilly contours which make this tourist spot elusive.

In this place, you will be shown a panorama of natural beauty which is very interesting for every pair of eyes seeing it. Rocky hills accompanied by leafy trees will actually soothe both your eyes.

Way Kambas National Park is a national park for elephant sanctuary located in Lampung precisely in the Labuhan Ratu sub district, East Lampung, Indonesia. Way Kambas National Park, established in 1985, is the first school for elephant in Indonesia. In the beginning of its establishment, Way Kambas National Park was named the Elephant Training Center / Pusat Latihan Gajah (PLG), but the last few years this name was changed into Elephant Conservation Center / Pusat Konservasi Gajah (PKG), which is expected to become a center for elephant conservation in taming, training, breeding and conserving elephants. Until now, this PKG has trained for about 300 elephants which have been deployed to all over the country.

In Way Kambas National Park, there are some endangered animals such as Sumatran Rhinos, Sumatran elephant, Sumatran tiger, Mentok Rimba, and Buaya sepit. There are also so some plants which are mostly found there such as Api-api, Pidada, Nipah, and Pandan. On the marshy coasts of Way Kambas National Park is often found various species of birds, such as, Lesser Adjutant, Pheasant Blue, Kuau Raja, Pependang Timur, and some other birds.

Lampung is not only famous for its Way Kambas National Park. One of the best tourist attractions of this province is Tanjung Setia Beach. This beach is located in the village of Tanjung Setia, West Lampung district, Lampung province. It is about 273 km or about six to seven hour driving from Bandar Lampung, the capital city of Lampung province.

This beach has not been well known by the citizens of Indonesia yet, but for the world surfers this beach is a hidden paradise for surfing. This beach is exactly laid on the track of large Indian Ocean currents that make this beach have waves which are quite perfect for surfing. The perfect wave of this beach usually lasts from June to August with the height which can reach up to six to seven meters with a 200 meters length.

In addition to perfect waves for surfing, the beach also has an ambience which is quite natural with white sand along the beach. Rows of palm tree which grow also adorn this beach. For local people, the beach area is also an ideal place for fishing. Some fish which are often obtained by the fisherman are blue marlin which is so big enough that its weight can reach up to 70 kilograms. By local residents this fish is known by the name of Iwa Tuhuk.

Oke. I think enough for now. I hope some example of Descriptive Text below can make us more understand about this kind of text. Thanks for your visiting. I hope you will visit this website again next time. See you next time..