Have you reviewed things, movies or something? If you have not, have you seen a movie review or a book? You can see examples of review text on newspapers that show movie or book reviews, as an illustration of what the Review Text is

Review Text is supposedly the last English lesson of high school level. If you could not make an example of review text, it can be said that you have not passed National Exams, especially for English lessons. You don’t want to be said you can’t pass the exam, right?

Therefore, in order not to “be considered” to be fail in the journey during school, let us learn again what and how review the text is. Ready? 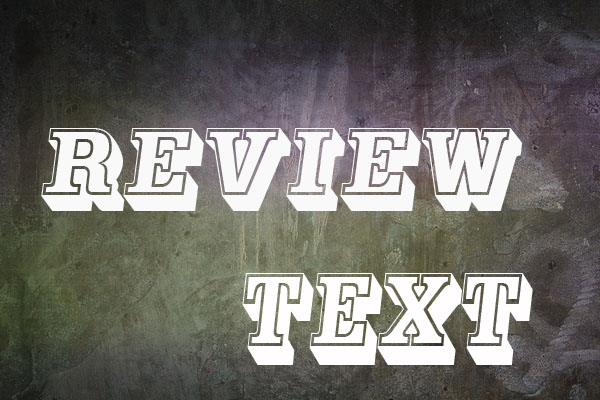 Review text is an evaluation of a publication, such as a movie, video game, musical composition, book; a piece of hardware like a car, home appliance, or computer; or an event or performance, such as a live music concert, a play, musical theatre show or dance show.

# Orientation : Background information of the text.
# Evaluations : Concluding statement : judgement, opinion, or recommendation. It can consist ot more than one.
# Interpretative Recount : Summary of an art works including character and plot.
# Evaluative Summation : The last opinion consisting the appraisal or the punch line of the art works being criticized.

In other word :
Orientation : places the work in its general and particular context, often by comparing it with others of its kind or through an analog with a non–art object or event.
Interpretive Recount : summarize the plot and/or providers an account of how the reviewed rendition of the work came into being
Evaluation : provides an evaluation of the work and/or its performance or production; is usually recursive

Actually, the generic structure of text review does not have to be exactly same as above, perhaps for the reason of “summarizing” the lesson, so the three or four generic structure above just become general description about the structure in review text, okay.

But before go to the example of review text, let’s discuss about its purpose and language features.

Review text is used to evaluate/review/critic the events or art works for the reader or listener, such as movies, shows, book, and others.

Example of review text film about The Amazing Spiderman 2

Review of The Amazing Spiderman 2

Introduction
I will start by saying that I am a huge fan of Spider-man. I love all the trilogies worked by Raimi (yes, even the Spider-man 3) but I do not like the The Amazing Spiderman 1. I was skeptical when I wanted to watch this movie, but I was wrong and I think this second sequel is really great. Unlike its predecessor, this film is full of action, humor, and emotional. Played by the big players, the story is well-written. The action is really spectacular and the final scene makes me satisfied.

Evaluation 1 / Interpretation
The story begins when Peter Parker (Andrew Garfield) struggled to maintain his relationship with Gwen (Emma Stone) after her father’s death. His actions also causes the emergence of a new enemy, Electro, a villain played by James Foxx. Peter also continue to investigate what happened to his father and reunited with his old friend, Harry Osborn. This movie is ended by the death of Gwen that makes the audience will be very emotional and sad.

Evaluation 2
However I have to criticize about this film addressed to Paul Giamatti who plays Rhino. His appearance is too over. His acting also does not show that he is a feared villain. It would be a serious problem for the next Spiderman series. So I hope he can improve his acting better than before.

Summary
Overall, I think this is the best superhero movie since the appearance of The Dark Knight Rises. The script is well-written and convincing. I am sure the next series will be outstanding superhero movie. I recommend this movie to anyone who loves Spider-man or other superhero movies.

I really love all the novels written by Asma Nadia. So when the Assalamu’alaikum Beijing novel is filmed , I can hardly wait for the movie in theater. Because it is certainly very good quality movie.The film is directed by Guntur Soeharjanto. The film with the tagline “If you do not find love, let love find you”. In accordance with the novel title, the film is a lot to discuss religion and love. So it is labeled as romantic religious genre. The film tells the love story that is experienced by Asmara (Revalina S. Temat) who was broken heart knowing her fiance, Dewa (Ibn Jamil) had an affair with her friend Anita (Cynthia Ramlan) just a day before the wedding took place. At the same time, finally Asthma received a job in Beijing due to the help of Sekar (Laudya Cynthia Bella). On the way Asma met Zhongwen (Morgan Oey). Asma began to open her heart to Zhongwen. However, before continuing their relationship, Asma was diagnosed APS, a syndrome that made her life in danger and could die at any time.

The novel Negri 5 Menara written by Ahmad Fuadi’s which was a best seller told the story of five friends that lived in a Islamic boarding school that was Pondok Madani. This best seller novel is the first novel of a trilogy which was charmingly tells the story of a typical boarding school education world, complete with all the life dynamics of their religious students.

At beginning he was shocked with all strict regulations and activities in that boarding school. Luckily, he found friends from different areas that was very kind. Because half of their heart has become rounded. Under the Tower of  Madani boarding school, In that place, the five religious students made their imagination staring at the sky and stringing the clouds into the land of dreams. They believed in the future their dream would be realized. Because they was believed the powerful spell they got from their Kyai Rais, namely Man Jadda Wajada, that meant who had determination would get success.

The advantages of this novel is to change our mindset about the cottage life just studying religion. Because in the novel beside learning  religion, they also studied sience such as English, Arabic, art etc. The lessons that can be learned is never underestimate a dream as high as any of it, because God Almighty hears the prayers of his ummah.